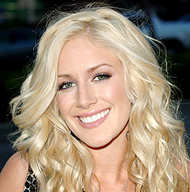 Botox is no longer a four letter word, at least not in Hollywood. It has become so common among celebrities that it’s not taboo to say, “I’ve had Botox.” Many actors and models have some work done to keep up appearances, but there are some celebrities that are infamous for their consistent Botox injections.

A reality television star and America’s first-ever supermodel, Janice Dickinson has a flare for the dramatic, and a love of the Botox needle. She claims she has Botox injections every six months to keep her skin tight and her face young. While she has gone under the knife many times to adjust other areas, Botox is a routine, a go-to treatment for her cosmetic needs.

Even though he is American Idols most hated judge, criticizing and humiliating the contestants, Simon Cowell certainly wants to look good doing it. The British celebrity has admitted to getting regular Botox injections, and says he feels no shame in the surgery. If it works, why not do it?

Jenny McCarthy believes that when it comes to your looks, there is too much more pressure in Hollywood. So to battle the signs of aging, the 38-year-old former Playboy model gets small injections of Botox in her forehead every two months, just to keep those wrinkles at bay.

The famous supermodel Linda Evangelista, who would not get out of bed for less than 10,000 dollars a day, has hopped on the Botox bandwagon, and she’s staying on board. She claims keeping her look takes a lot of up-keep and using Botox and a treatment called Thermage helps her face appear young and beautiful.

Yet another male gracing this list of celebrity Botox users, David Hasselhoff is not ashamed of getting this formerly female dominated treatment. Hasselhoff admitted to using Botox and justifies his announcement by saying that everyone gets it done. Just a quick shot to the wrinkles around his mouth, and that bright smile to ready for the cameras.

Another infamous Botox user is Heidi Montag. The Hills star has been receiving a lot of attention lately with the news of getting ten plastic surgery operations in one day. One of those treatments was a Botox injection above her eyebrows. At the tender age of 23, Montag will probably follow this stint with more Botox, to maintain her Barbie Doll look.

Victoria Beckham, wife of soccer superstar David Beckham, has regularly received Botox injections to keep her youthful face wrinkle-free. And so far it’s been working for her, since her tight and smooth skin seems to be holding up well over a decade after her Spice Girls hey day.

Ugly Betty star Vanessa Williams admits openly that to maintain her ageless beauty she gets Botox injections twice a year from her trusted doctor. She says she also uses skin products on a daily basis to give her face a natural glow, but it is the Botox that is working wonders for her.

Black Eyed Peas singer Stacy Ferguson, better known as Fergie, is no stranger to the Botox needle. She first opened up to the idea when she noticed how years of sun tanning had damaged her skin and thought Botox would be a good way to give her a wrinkle-free complexion. It is unknown how often she gets the treatment, but the young star will probably be going in for more injections in the near future.

After using Botox, actress Virginia Madsen found that many women were uneducated about the treatment. She claimed that Botox parties and discounted treatments at salons were giving off the wrong impression. Madsen soon became the spokesperson for Allergan, Inc., the maker of Botox and Juvederm. She constantly encourages discussing the safety issues of using Botox and is a firm believer in using injectables as long as the patient doesn’t sacrifice their identity or better judgment in the process.

If you are considering getting Botox, take Madsen’s advice and learn more about the procedure. Botox alternatives like Dysport and Xeomin offer similar results. Contact us at Healthy Skin Portal and set up a free consultation with a licensed Botox provider near you!